We use cookies to make your experience better. To comply with the new e-Privacy directive, we need to ask for your consent to set the cookies. Learn more.

We were really pleased to recently be involved with one of the most innovative and certainly the most environmentally friendly projects in the 2009 series of Grand Designs on Channel 4.

Daren and Adi are selling their three bedroom Victorian house to start a new life in Brittany, in the depths of Northern France. As an ecological building consultant Daren is used as many recycled materials as possible - what to many of us would seem like a load of old junk.

The type of home that's inspired Daren and Adi originates from New Mexico in the early 70s. Made from tyres ram packed with earth, these dense, heat-retaining structures are ideally suited to extreme desert temperatures. Kind to the planet, their ecological aspirations are praiseworthy, but often at the expense of how they look, however, the Brittany Groundhouse will definitely change your opinion. 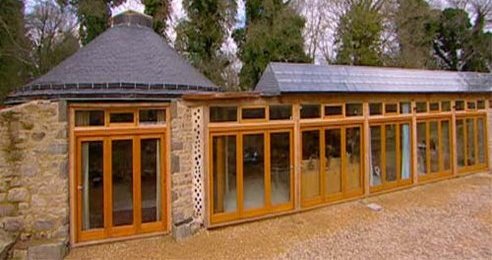 Although the project was compressed into an hours viewing, we have of course been dealing with Daren for much of the past year to ensure that we provided the best heating solution for the property.

We chose the Esse 525 stove which was given a custom pewter finish. Esse have been manufacturing stoves in a Britain since 1854. The Esse 525 has a contemporary design and is suitable for burning both wood and smokeless fuel.. Darren chose to use the Esse stove in the rotunda, a circular room made from tyres which eventually became the master bedroom. We also supplied the Twin Wall Flue Pipe for the Esse and another stove in the property. The twin wall flue system is used were there are no traditional chimneys in a property. It is used to create a chimney which can either run up through a property or alternatively it can run externally up the outside of the property. 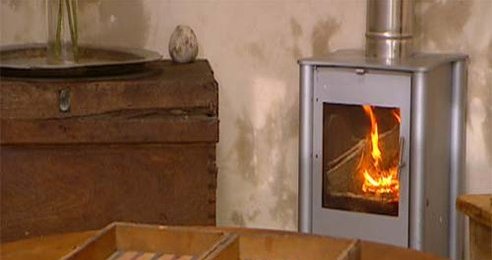 Esse 525 in Pewter PictureThe finished building looked stunning and we are proud to have been part of this exciting project. We wish Daren and Adi all the best in their new home.

Compare Products
Compare
Clear All
You have no items to compare.